Last Sunday, "24" (the TV show) had a 2 hour special. We were really excited because we watched all 6 seasons of 24 on DVD and have been waiting a year for season 7 to start. Because of the writer's strike last year, it was never on last year. We thought the season was actually starting last Sunday, but just before it started we found out it was a sort of "movie" that was 2 hours long. We are hoping that the season picks up where "24 Redemption" left off! 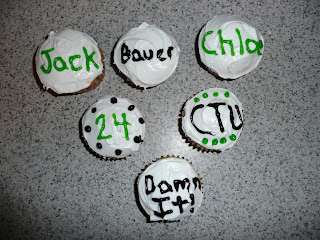 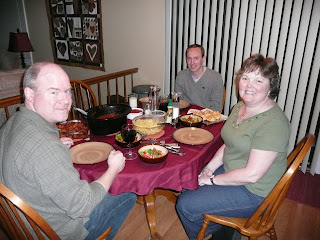 Yummy dinner before the show started.
The Vitos joined us after dinner to watch Jack Bauer on his adventures!