I came home from Mom and Dad's house on Wednesday to find Adam and his brother working on my spigot. Some background info.....Over the summer, we tried to hook up a hose so I could water my garden. Well....that opened a can of worms because it started leaking and wouldn't stop (it was a slow drip). 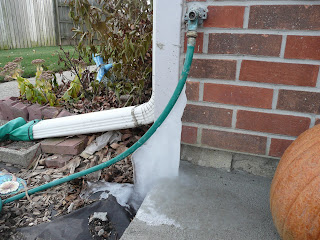 I kind of forgot about it because of the cold weather, but noticed the other day that an iceberg had formed on the outside of my house due to the leaky spigot! Adam opened up the wall in my closet to see what was in store. Apparently it looked good and fairly easy to fix so he called Tony over to fix it (Tony is good with plumbing!). 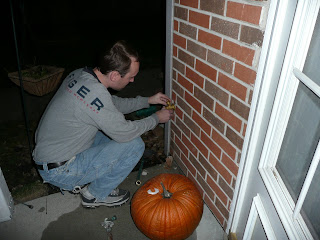 Adam holding it in place. 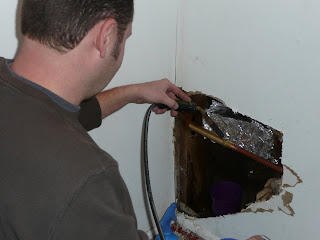 Tony trying to solder it. There was a slow drip inside the pipe, so it was keeping it cool and wouldn't solder. Tony used the "bread trick" that he learned from an old Italian dude and it worked! The bread stopped the water, so he could solder it and as soon as the water was turned back on, the bread came shooting out! Thanks Tony! 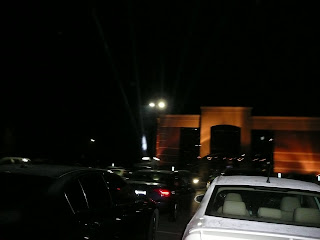 Of course on Wednesday we had to go out to celebrate Black Wednesday.
We went to Boogie Nights for the biggest bar night of the year. 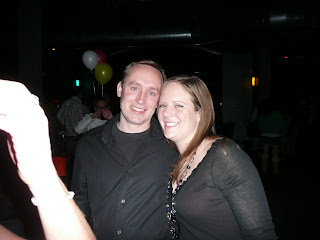 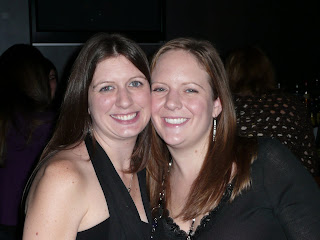 Bridget and me
Posted by Stephanie H at 2:17 PM