How to make a Donatello Cake

September 24th was Chase's 5th birthday (Adam's nephew). He is such a big boy! I asked him what type of cake he wanted this year and he said "Donatello". You may remember that he also had a TMNT cake last year by request. For his friend's party he had the the blue one and for his family party he had the red one. I tried to get him to pick something else, but he wanted Donatello.

At least I am getting good use out of my TMNT pan I bought from ebay!

Also, I couldn't remember which one I was making. All I knew was it was purple. Luckily Twitter helped me out!

So this is how you make a Donatello cake. 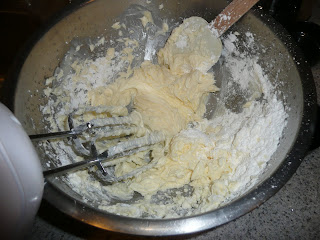 Mix up a cake mix.
In this case it was funfetti because...who doesn't love funfetti? 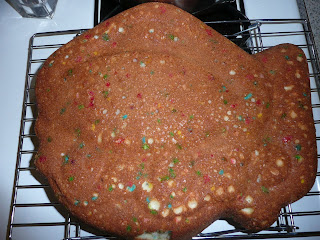 Bake the cake. Don't forget your Wilton cake release. I did this time so it wasn't perfect. But really, Wilton cake release is AMAZING! You can buy it in the Wilton aisle at Michael's. My mom said she doesn't know how she ever lived without it. Also, this is an upside down TMNT. 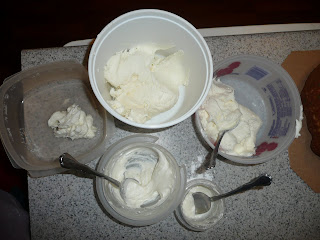 Make your buttercream frosting. I use the Wilton recipe. Except I use real butter instead of Crisco because....it is so much better! Separate it out for the different colors you will need. 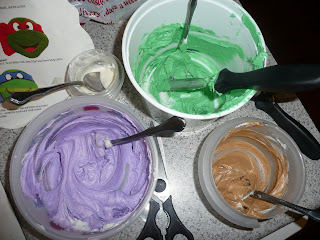 Dye your frosting using the Wilton food coloring. It is really easy and you don't need much. Just stick a toothpick in the food coloring and then stick it in the frosting. Stir. If you want it darker: repeat. Start frosting your cake! I chose to do a smooth frosting (which as you can see I am not fabulous at) for the face because it looks better than the stars I did last year. 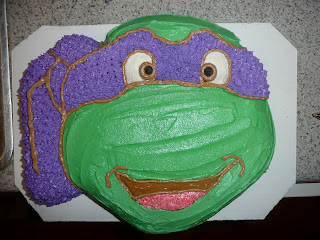 Finish frosting your cake! I did stars on the bandanna to change it up a bit. Also, the brown outline frosting was a little runny, but it was late at night and I didn't feel like remaking some or messing with it, so I just went with it!
So that is how you make a Donatello cake!
Posted by Stephanie H at 9:45 AM