Is it wrong to go to a concert while your house is a disaster?

On Tuesday night, Adam's sister-in-law Jessica offered us free Kellie Pickler tickets she got from work. We went back and forth about taking them because I am an old lady about going out on a school night. Adam really wanted to go, so I agreed. Then all the you know what hit the fan Wednesday morning. We decided to still go to the concert because the only other thing we would be doing was sitting in my house depressed. Then...we found out at 5:00 (when we wanted to be leaving) that the clean-up people had a couple hours ahead of them that night. Then we were really struggling about what to do. I called mom and in her awesome awesomeness she offered to come over and baby-sit the house and the clean up people so we could go. And dad met her there after work.

I am SO glad that we went. It was an amazing time and it was awesome to spend time just the two of us doing something so fun that wasn't related to any sort of house renovations. And it was our first concert together! 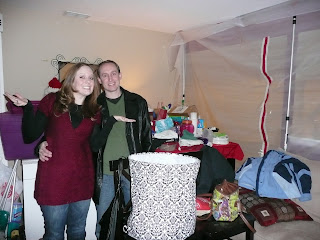 "I guess we will go out even though my house is a disaster!" 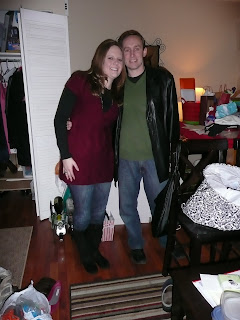 Sorry sister-Erin, I am leaning against Adam again! 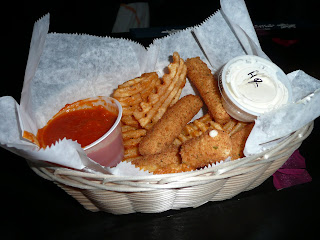 Our dinner at the concert. Since my kitchen was torn apart I had a late lunch that Adam brought me, but we didn't have time for dinner. But we wanted to eat SOMETHING before the beverages I consumed!

The video below is kind of long because I took some pictures but a lot of video of several of the songs. She was so awesome! I recorded her whole song of Dolly Parton's "9 to 5" because I grew up on Dolly Parton and I know sister-Erin will appreciate it. I also recorded all of "Red High Heels" because it is awesome and a favorite from my single days!

Also, I am really sorry about two things.
1. All the bouncing because I was dancing while recording.
2. The terrible signing in the background. I just can't help singing along!

Photo and video editing at www.OneTrueMedia.com
Posted by Stephanie H at 6:45 PM