On Friday night, we went to the premiere of Kasmire: Indemnification.

My cousin (by love) Doug is an aspiring director...producer....editor....(not sure exactly which one) and he has a group called the "Film Production Syndicate". They have created several movies but have two feature length films. The first one was finished a couple of years ago and the most recent one was finally premiered on Friday! K:I is the sequal to "Puddles 9", an "Ocean's 11" esque movie. Although he is a college student on a very small budget, his vision and his talent is very clear.

Amy (his sister) worked her behind off to find a location to film. She negotiated with the local Marriott and got a great room. It got a little dramatic at the last minute when the guests had all arrived and the movie hadn't yet....but Doug finally arrived with the movie and got the show started! 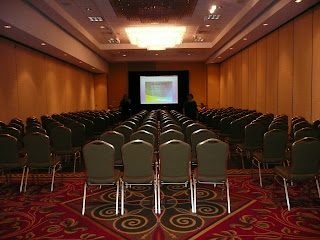 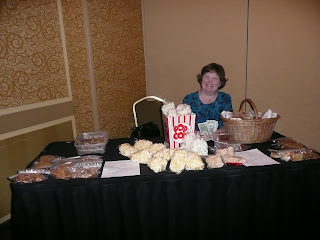 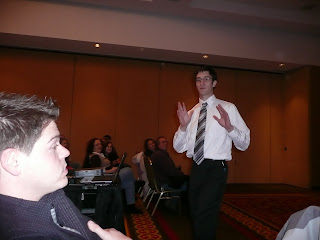 
Overall, I thoroughly enjoyed the movie. As I said, you can clearly see his vision and if he had more money and better actors....he would be set! What he has done with what he has at his disposal is amazing. I look forward to seeing more films in the future. And one day seeing his name on the "real" big screen! 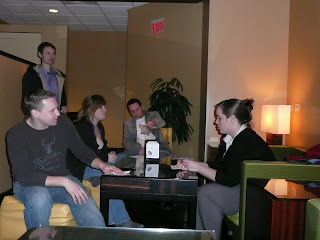 After the movie a bunch of us went to the hotel bar to hang out and have a drink. Why go somewhere else when there was a bar right there?? We had a lot of fun as always! 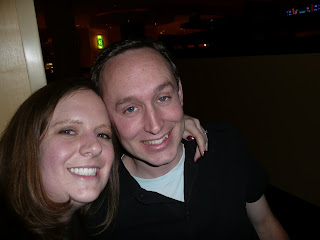 We had quite the discussion about the accidental silly faces Adam makes in pictures!
Posted by Stephanie H at 5:58 PM