This is a VERY photo heavy post. Very. Very.


But I am so excited.


We have been going back and forth for a while now about refinishing the floors ourselves or having someone do it. We like to DIY as much as possible to save $$, however, this project was quite daunting. Not to mention the fact that most people have told us, "Don't do it, you will ruin your floors" and "It is not worth trying yourself". Especially when we found out an orbital sander wouldn't cut it.

So a few weeks ago we made the decision to hire a crew. Partly because we were worried about the level of difficulty but mostly because of the time crunch. We want high quality work (hopefully we won't ever do this again!) but also need the floors done before we can do ANYTHING in the house. Adam found a great crew and I would give them rave reviews to anyone who is looking to refinish their floors. They are fast, efficient and do awesome work.

They had to do a lot of repair work to some bad areas, the stairs, and they had a ton of putty-ing to do inbetween boards that had minute gaps between them. They did way more than we ever would have and it looks amazing!

Also....
In order to get 2,200 square feet of floors sanded, there can be nothing on the floors. There are only two little rooms in the house without wood floors (not counting the bathrooms) and EVERYTHING is shoved into those rooms and stacked precariously high. But the dining room table was causing a problem because it is really big and certainly wouldn't fit ANYWHERE. Late late the night before the sanders started, Adam and his bro were finishing up and they came up with this brilliant idea: 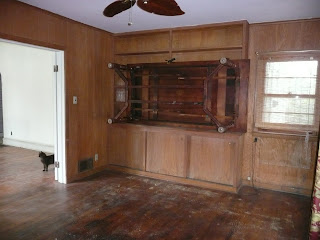 Yup! They clamped it to the built in bookshelves on the wall!
Also late that night Adam remembered that he had to move a vent in the master bedroom. It was originally located in the back wall, but we removed that wall to make more space in the room (the wall was part of the closet in the room next door). So that left the vent in the middle of the floor which just wouldn't do. So he moved it back by the wall that night. 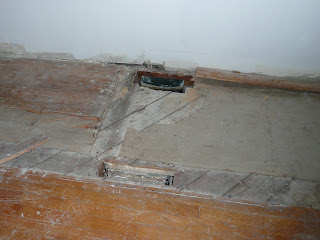 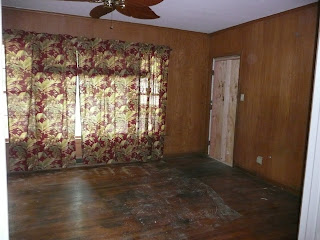 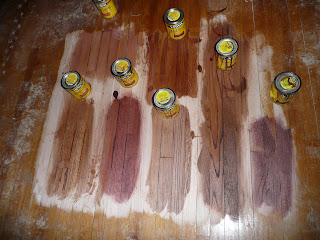 Picking out stain colors was SO hard. We ended up choosing the top middle one. The sander had them all laid out on the floor. But then I wanted another option so we went to Menard's and got another choice. My parents came over and one of Adam's bros came over to voice an opinion!
The Bedroom 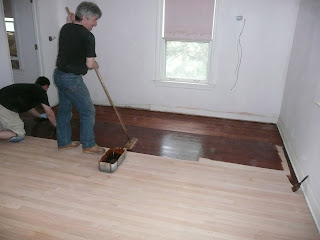 Here they are putting on the stain color. One guy mopped on large sections of the stain. Another cut in the edges with a brush. And another was on his knees wiping. They did the entire upstairs in 35 minutes! 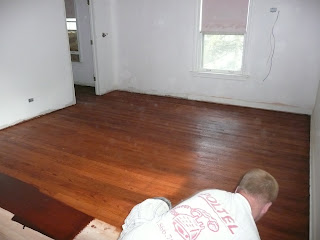 Deciding that I love it! 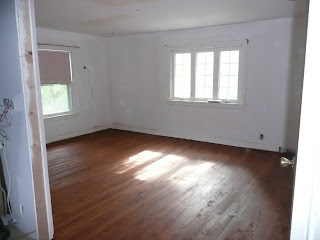 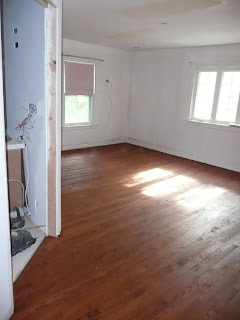 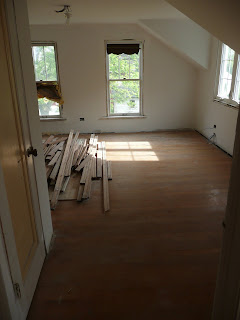 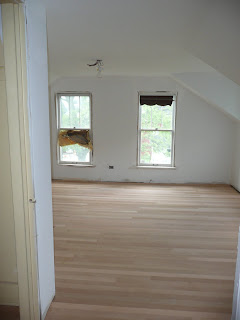 After they are sanded. Huge improvement! 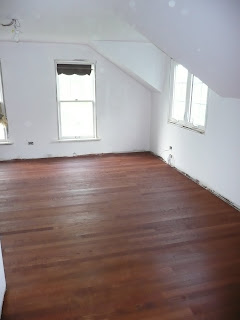 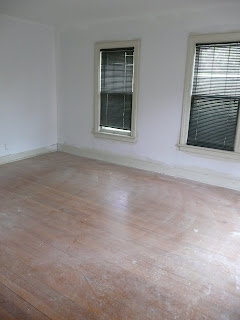 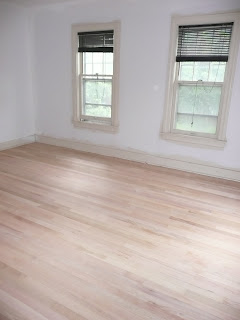 After they were sanded 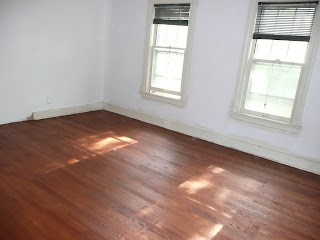 All stained!
The Hallway 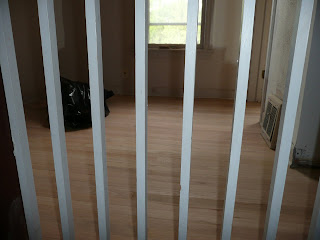 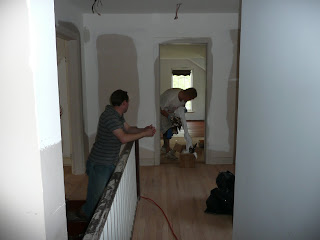 The view from the master bedroom 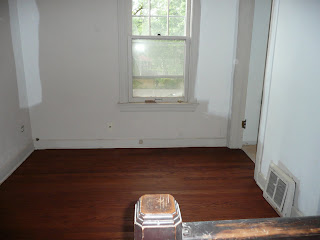 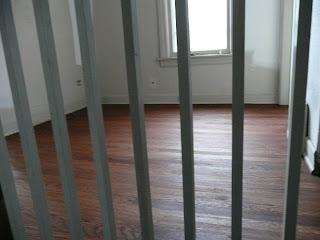 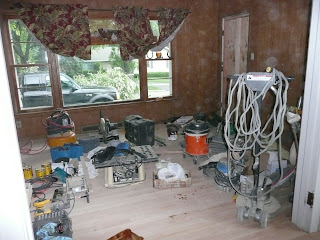 Adam was amazed by all of the equipment they used. He said it made him realize this was much better left to the professionals!
Thanks for taking the time to look at my million and two pictures. I ALWAYS have a touch of buyer's remorse so I am constantly second guessing the choice of color. Should we have gone with the more brown color? The lighter? Less red? Less dark? Is it perfect? I can't help it! But every time I do go over there, they just look beautiful. But I have to ask that if you see them in real life, please fawn over them, because it will make me feel much better!
Posted by Stephanie at 7:39 AM