My friend Katie's on turned 1 this last week and they had his first birthday party the first weekend in November. They did a Halloween themed party and she asked me to make the smash cake! She just wanted something simple, but I had all kinds of ideas running through my head about pumpkin smash cakes!

I spent some time on the Internet looking up different examples to see if my idea was even feasible. Then I hit up Michael's to look for different pan options.

I didn't like any of the molds and I had it in my head that I really wanted to do a 3D cake. At Michael's I found small cake pans (6 inches maybe?) that would work.

I used a cake mix and cooked 4 different small cakes. I stacked 3 of them on top of each other (with frosting) in the middle and carved it into a ball shape. I wasn't sure about frosting it with all those crumbs, but I read about doing a "crumb coat" and tried it out. It worked! 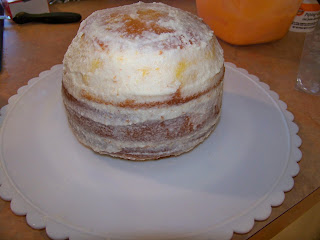 As my crumb coat was setting (in the fridge) I started making the frosting colors. 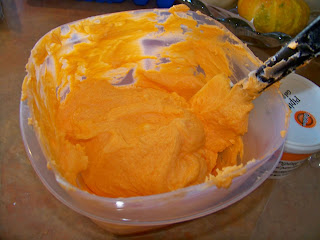 When I first started frosting the cake, I was worried that it looked like a basketball. It really did. But I went back and pulled the spatula up in vertical lines to give it the grooved look of a pumpkin. Then I sprayed on orange food coloring spray on the lines to make them look more pronounced.

I wasn't sure what I was going to do about the stem. In the middle of cake making, I still didn't know what to do. I saw an idea online to use an ice cream cone...but we didn't have one of those. But I looked over on the counter and saw a mini cupcake we had and I cut the top off and stuck it on top! 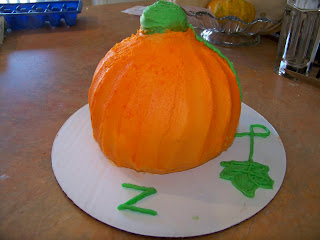 To make the jack-o-lantern face I stuck some large tootsie rolls in the microwave on medium power for 15 seconds and rolled them flat with a rolling pin. Then I stuck them on with frosting on the back of them! 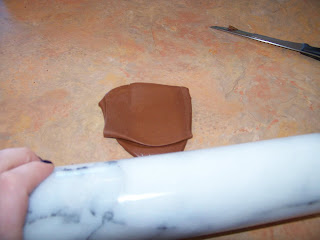 And here was the final pumpkin smash cake! 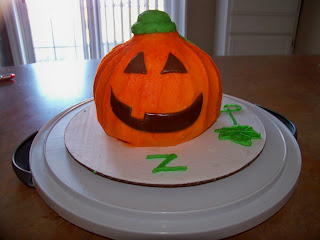 At the birthday party, Zander was a star! He stuck his hand right into the cake and was totally into it! It was so fun to see him enjoying his cake so much! 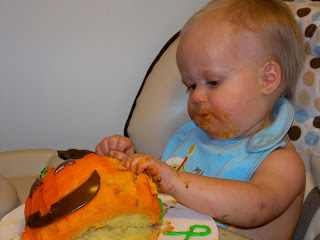 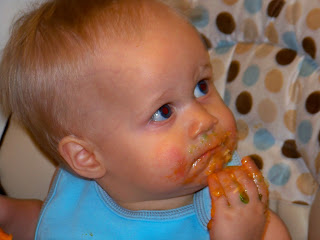 I loved being able to give him some of his bottle at the end of the night! 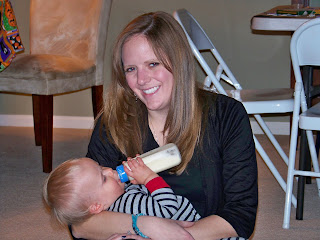 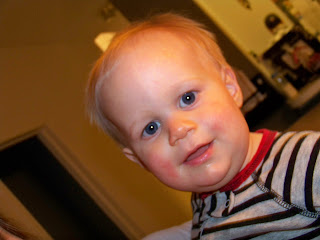 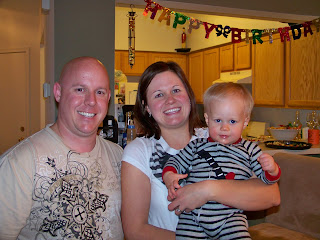 Posted by Stephanie at 8:25 PM