House Update-I Need to Use the Bathroom!

If you come visit, I hope you don't have to use the bathroom, because currently two of the bathrooms are torn up! Ok. We DO have a working bathroom. But still it is kind of crazy to have two not working bathrooms! To be fair, the master bathroom has never worked. We built it when we built the closet in the Master Bedroom (which is still a construction zone). When I was in NYC last week, Adam worked really hard to get the tile laid in the Master Bathroom. He sent me pictures, but I was amazed when I got back. It looked really awesome! We bought the tile and vanity about a year ago, so we weren't sure how it would all come together! 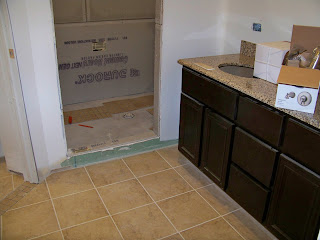 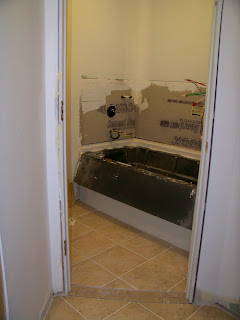 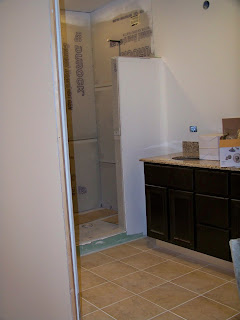 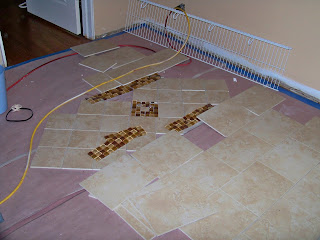 Since we bought the tile about a year ago, we can't remember exactly how we wanted it to be laid out! And we've had a few new ideas since then. We have been spending quite a bit of time crawling on the floor laying it out in different patterns! 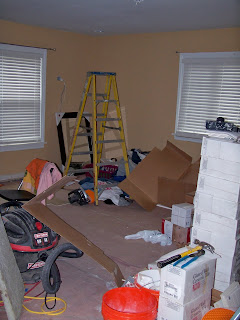 It will be really nice when our bedroom can actually be used as a bedroom soon!?!


Remember over a year ago when Amy and I decided to smash all the tile in the downstairs bathroom?

It ended up being a much bigger project than we imagined. All of the lath and plaster ended up needing to be torn down. That was quite the demo project. Also, the hallway outside the bathroom had carpet that we tore up. And peel and stick parquet under that. And plywood under that. And yellow linoleum under that. And a underlayment under that. And old old hardwood that has glue and paper on it under that. What would be awesome would be if we could refinish the hardwood and stain it to it matched the dining room and laundry room that connect to it. But that may not be able to happen since it is in TERRIBLE shape. The next option will be to tile the hallway and bathroom. I don't want to stand in the doorway and see three different floorings in such a small area, so tiling the whole area would be next best. 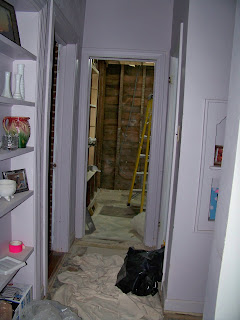 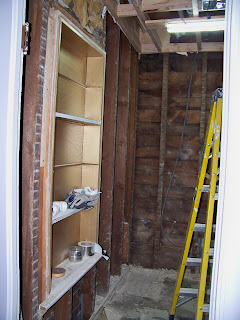 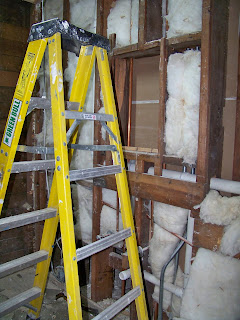 So those are our torn up bathrooms! Adam and his brother Andy are currently setting the vanity and countertop upstairs. then the walls and shower will start to be tiled! We are coming along!
Posted by Stephanie at 5:00 AM