Updates on the House-The Yucky Cellar

Last weekend we spent Sunday down in the dark, musty, wet, spider-y, yucky cellar! We hadn't planned on working down there. We went down to clear out one area and just couldn't stand it anymore. The cellar is truly a cellar. Not a basement. A cellar. There is a plywood cellar door that is on the outside of the house and a rock foundation. That leaks. A lot. Both leak. The door and the foundation. Hence the wetness. 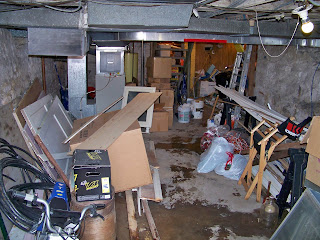 I forgot to take a picture right at the beginning. But this is part way through! 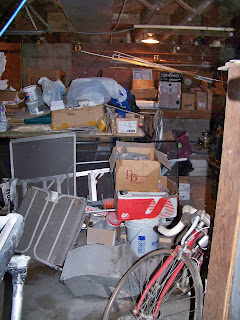 This is the "newer" part of the cellar. It was poured in the 40s when an addition was put on the house. It leaks too....but not as much because it is a poured concrete foundation. 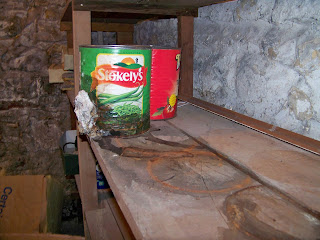 I had the luxury of clearing off these awesome shelves that were filled with heavy rusty moldy cans of vegetables. 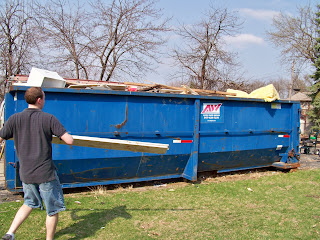 We carried up lots of cans and pieces of wood and threw them in our dumpster. We still have the dumpster because of taking down the garage. 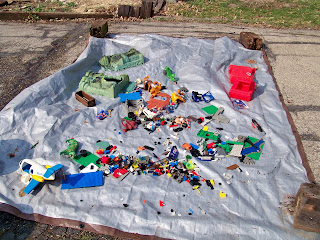 We found a box of old legos that were Adam's when he was little. I cleaned them with bleach and water and laid them out to dry. Hopefully Chase will enjoy them when he comes to play! 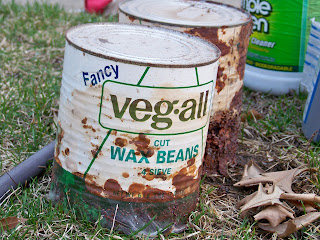 There were a ton of these cans of....wax beans. Paint can sized cans of beans. Yum. 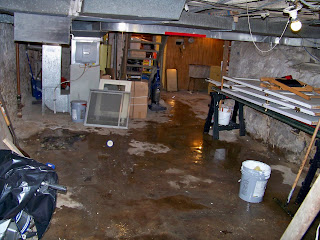 This was the cellar after we were done. In the back you can see the new part we didn't really get to. But the big area we really got cleaned out! It felt really good. 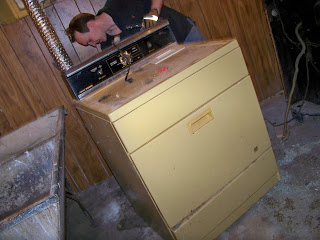 There was an old dryer down there that we also got rid of. Adam called some brothers over to help drag it up the cellar steps. 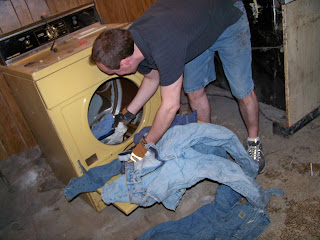 As they started to move it, he realized there was something inside. Clothes! They had been in there for years! The washer and dryer were down in the cellar until we bought the news ones and made a room upstairs. I CANNOT imagine having to go down there to do laundry. I wouldn't feel like it was clean!

After spending the time down there, we have been talking a lot this week about what to do about the cellar. We hadn't planned on doing anything soon, but after spending so much time down there, we realized that the water and yuckiness cannot be good for the rest of the house. I am sure that is one of the things that makes my allergies so terrible! We had a company come out this week to quote putting in drain tiles and putting a membrane over the walls to catch the water and pump it out. It would only be $8,200. I'll take two! I think the look on our faces when we saw the quote really bummed the guy out. We are having two more companies come out to quote it. Any one have any experience with drain tiles inside or outside your house??
Posted by Stephanie at 5:00 AM