My Crazy Week in Pictures

I thought I'd review it for you in pictures!

Well I need to back up for a minute to start with the fact that a couple weeks ago I burned myself with the hair dryer. Because I was drying my hair while reading my book. Because that is the one of the few times I have to read! I was taking care of it....but it wasn't healing. So after a few weeks I finally went to the doctor. That was an ordeal in itself but I finally made an appointment with the office where my mom's doc is because they could get me in and I had a good recommendation. It was painful...and itchy...and just gross.

I saw a doctor who I didn't so much like. So we will pretend this is her picture:

She diagnosed me with Cellulitis (a bad skin infection) and put me on really strong antibiotics.

But because the farm calls, that night Amy and I planted our whole vegetable garden. We are a little late this year with the veggies because of my two classes but it will be OK. We will just have lots of veggies in the fall not the summer! We planted: two types of carrots, two types of tomatoes, green onions, sugar snap peas, 3 types of cucumbers, yellow onions, zucchini, yellow squash, watermelon and cantaloupe.

Also that night was the start of "Antpocalypse". Random ants showing up in our living room! One at a time every few minutes in different places. WTH??? 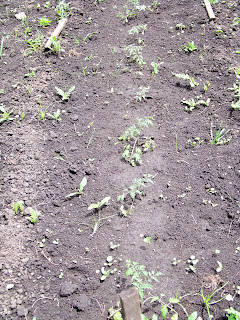 (Update: as of today, everything is coming in!)

Meanwhile....
My dad was out of town for the week and my mom had the idea to redo his office as a Father's Day surprise for him. We were really excited about the idea! It has had a bad paint job for years and my dad has a lot of neat Chicago and sailboat pictures that weren't really being displayed to their best potential.

So that Saturday as soon as he left for the airport my uncle and cousins came over and we moved furniture and started painting! The next day was Father's Day so we didn't get anything done because we hung out with Adam's family and worked outside at our house.

Adam had also planned to help all week with the project, but he's been crazy at work and had to work both Saturdays and late every night during the week. 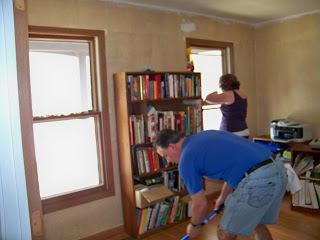 Monday started preparations/set-up for the annual fair at my church! Amy and I co-chair the ice cream/smoothie booth. I have been chairing the booth for over 11 years now! Monday and Tuesday we set up and the fair is Wednesday through Sunday. During that time we practically live there. We are there until 11:30 or 12:30 every night!

Oh yeah...and that week I was still teaching summer school to my preschoolers!

Tuesday night during the last night of set-up, we were working hard to get everything ready and then a bunch of family drama happened that made me focus on that instead of getting ready. Luckily Amy is awesome and she got everything ready.

As we were finishing up setting up and dealing with family drama the tornado sirens started going off! PSA: I HATE tornados!!! Because we were outside on the church grounds, we decided to drive to my parents house across the street instead. Luckily they didn't last TOO long. But they still freaked me out.

This is a picture I took during storms happening during the day that week: 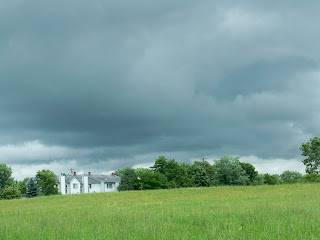 While waiting at my parents' house for the tornado sirens to stop, Adam and my mom were conferring because my infection wasn't getting better even on those super strong antibiotics. It was even spreading. They decided, after reading Cellulitis should clear up after 3 days, I should go to the ER. I agreed to call the doctor on call and he agreed I needed to go then....at 10:30 at night....instead of waiting until my appointment the next day. I didn't FEEL like I was dying of a terrible infection that could go in my blood, but they were very worried. So I went.

At the ER, when I finally got seen, the nurse and the doctor both immediately said it was shingles. Shingles?!?!? Not a terrible skin infection?!?! After learning what shingles is all about (you can't catch them from someone else, they can just come out if you've had chicken pox before, you can't give shingles to someone, you can give chicken pox to someone who hasn't had them), I got a new prescription and went home and slept for a few hours before waking up for school.

Wednesday was school, nap and the fair! (And of course working on Dad's office every day!)

Thursday was school and then a call from our tenants (we rent out my townhouse since it is worth half of what I bought it for now). Sewage was backing up in the sinks and overflowing onto the floor. This is not the first sewage problem there. The builders were ridiculous and the sewage pipes from another unit are connected to the sinks in my townhouse. In November they backed up because the people there were flushing baby wipes. STUPID! This time they were flushing womanly products that apparently got stuck. YUCK! GROSS! EWWW!!! I went over there Thursday to help them clean up and get the situation taken care of. Thursday night was of course...the fair!

Friday I also went there to meet a cleaning lady to get it all cleaned and disinfected. We also had a restoration service come out to assess damage. LUCKILY, they said if we put a dehumidifier in there it would dry it out enough. 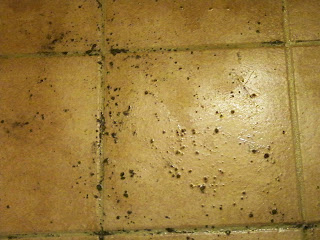 After that I went to a follow up appointment with my doctor. But I was stupid and confused the time. So I had to see another DIFFERENT doctor. This doctor asked me about stress. I said when the burn happened it was the last week of school and since I am a teacher it was crazy. He said, "A lot of alcohol and partying?". Ummm....no. Like burning CDs and DVDs and finishing portfolios and parent/teacher conferences! Another doc on my "do not see" list. 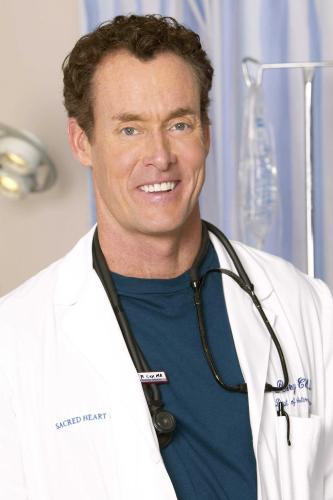 Throughout the week we also had to keep up watering the veggies. But it was super exciting they kept growing. Especially so soon! 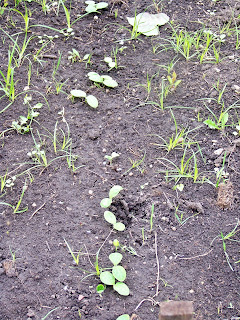 Saturday we busted our butts to finish the painting. My thoughts on painting? I would like to never paint trim ever again. Ever. Ever ever ever. It is so monotonous! But we did finish up the painting!! And I have to say....I did a kick butt job.

Then I was like the graduation party fly-by guest. I stopped at 2 graduation parties and spent about 15 minutes at each one before running back to the fair to see my brother-in-law perform. He did really well!

After a really late night at the fair, we got up Sunday morning to finish up the office! We were super excited about it!!!!!! Here is the almost finished room (blinds weren't up yet). Sunday we got new outlets put in, and hung all of the artwork that we got framed during the week. We also put everything back. 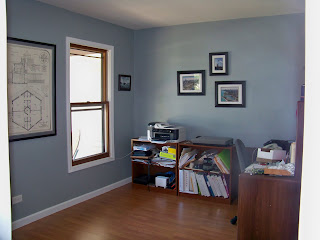 Sunday morning I woke up and had hives all over my body! WHAT?!?!?!?! I called the doc and got a different one. He said, "You should go to the ER" and I said, "I don't have time for that." So he said to stop taking my medicine and take some Benadryl. I went to the fair and when it was getting worse, I took the Benadryl and went to my parents house for 2 hours to take a nap. It didn't get any better.

But.....Sunday was an AMAZING day at the fair. Amy and I realized we didn't take ANY pictures. We usually do some sort of photoshoot of pouring smoothies, getting ice cream, hanging out, etc. Erin and her family did stop by though and I got a picture of them! 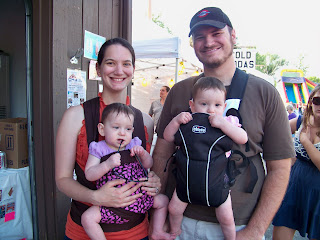 My dad came home Sunday evening and LOVED the office! It was an awesome surprise!!!

We stayed at church until 12:30 tearing down the entire fair and woke up again for school early Monday morning!

So...that was my crazy week in pictures! Overall through work, fair, cellulitis, shingles, sewage, family drama, doctors, hives, vegetables and tornados.....we had good sales at the fair and my dad was really excited about the surprise!! So it made it all OK!
Posted by Stephanie at 8:48 PM