Here is the second part of our Las Vegas trip!

The night we went to go see Lion King, we also walked around the casinos and hit up Excalibur. Throughout the trip Adam told me about the "inclinator". I thought it was a made up word. I kept laughing at him. But then we saw this sign: 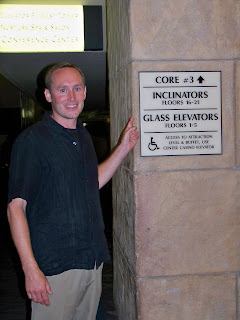 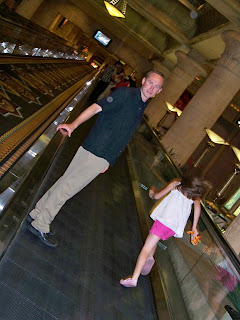 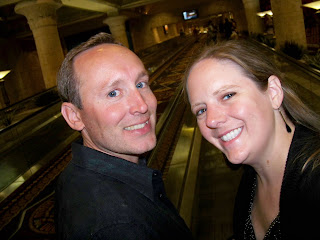 It is an inclined moving walkway! Hence...an inclinator!

I also wanted to show you the very creative stand I made to take pictures of us before we headed out for the evening. I needed just a little more height than I was getting from the overturned garbage can, so the book helped! 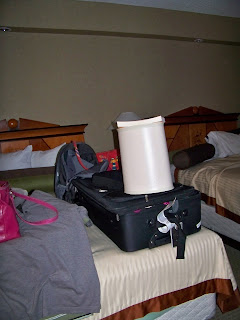 We aren't huge gamblers, but we enjoyed throwing $10 or $20 in the slot machines here and there throughout the week. I don't mind losing so much if I actually get a good amount of play time out of it. When you lose it all right away, then it is sad.

We like those penny and quarter slots because you get that much more play time out of it! 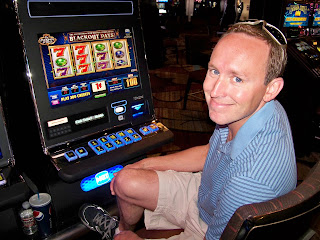 On our last day there, we walked all the way from the Luxor to the Mirage. Quite the walk! When we walked past the Bellagio we were bummed to find out the fountains weren't working. So I made Adam make a sad face since he was excited to see them. 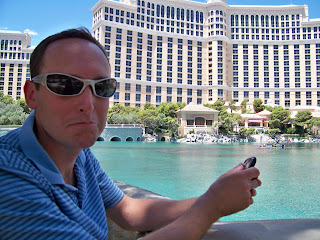 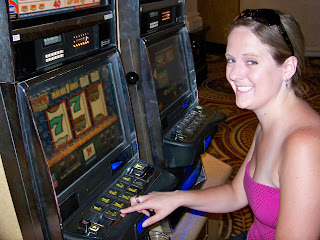 I also made Adam take this picture of hanging out with a naked woman woman in Vegas! 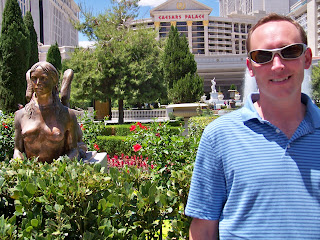 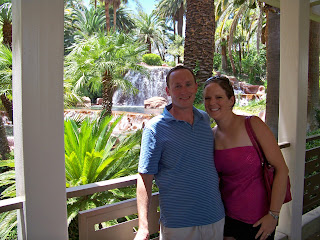 We really did enjoy staying at the Luxor. It is at the very end of the strip, but we didn't mind. We were really close to several casinos and the walk really wasn't so bad. It was the best hotel for the best deal we found and we were really happy with it. We also thought it was cool that my sister Erin is in Cairo right now and we were both near pyramids! 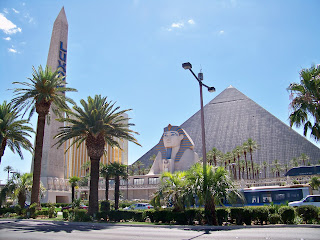 Enjoying the sun while reading my Baby-sitters Club book for my twitter discussion! 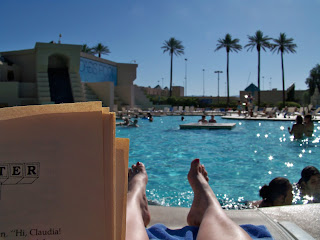 We went to go to Criss Angel Believe on our last night there. It was honestly one of the most terrible shows I have ever seen. We both agreed. Adam really wanted to see it because he likes illusions/magic. It was absolutely ridiculous with how stupid it was. No one should ever waste their money on it. The effects were amazing: lights, smoke, pyrotechnics! But illusions? None! There was not ONE point during the show that we said, "Ohhhh.....how did he do that?" 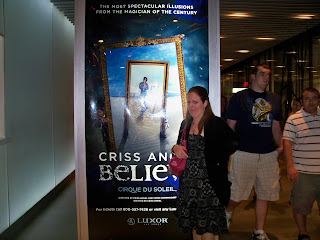 Also, our last night we had $20 to play for my Grandpa in the dollar slots. He sent me with $20 and instructions to stop at $5 and take the money for our troubles or stop at $60 if we are up. So I was playing and was down to about $11 when suddenly I hit something! I don't know what it was but the numbers were flying. The LED read 103 and I was doing math in my head to see how many dollars that it was (I thought we were still doing quarter slots!). Adam saw me cocking my head to the side doing math and he said, "THAT IS DOLLARS!". So Grandpa won $100 and we won nothing all week! 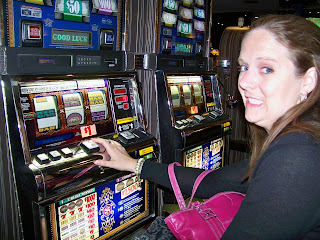 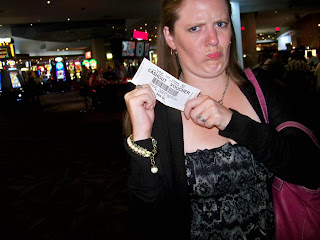 On the way up to our room the last night I was still in amazement about the terrible Criss Angel show and Grandpa winning $100 and Adam stopped at a pop machine and was excited he put in $2 and won a pop! 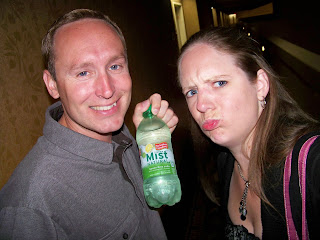 We really had a blast in Las Vegas! Though it is expensive with everything you do, it really was a blast. We enjoyed doing a variety of activities being busy with shows and walking around and also just relaxing by the pool and drinking frozen drinks in a huge glass in the casino!
Posted by Stephanie at 5:00 AM