With Vacation Bible School taking up all my time and taking a 6 week class in 2 weeks, I had been neglecting my poor vegetable garden. I had been harvesting some vegetables, but on the weeding front? Nada.

So it was like a jungle in there. It was getting harder and harder to harvest the veggies when I had to climb through waist tall weeds to get what I needed. So last Saturday Adam and I tackled the gardens. We started at one end of the garden and worked our way through the jungle. Pulling and throwing. And dying of heat and sweat! It was so hot and humid, and we had to wear long pants and long shirts because of the bugs and plants. 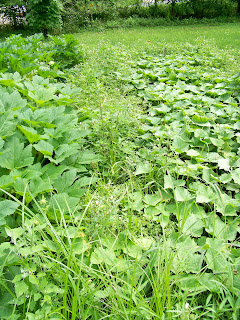 Do you see the middle? That is weeds. Squash on one side and cucumbers on the other. 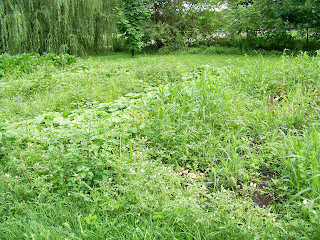 The weed overrun garden. You can't even see any dirt! 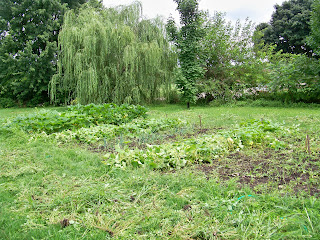 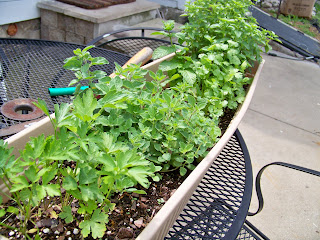 I have been loving our herb garden. The basil is my very favorite. I have decided that everything tastes better with basil! I am hoping to be able to keep it alive through some of the winter. Any tips about an indoor herb garden? 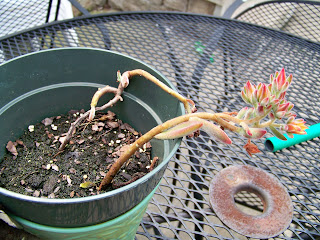 This plant I brought back from visiting my grandparents in Palm Springs. My Poppop clipped it from his plant and we stuck it in a gatorade bottle to bring home on the plane. It seems like it is actually rooting! I am hoping this plant thrives so I can have one of Poppop's plants here! 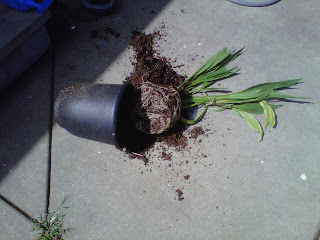 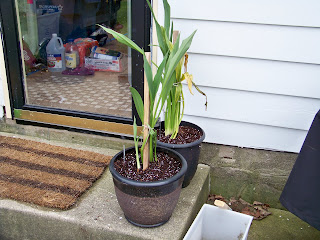 Here are my calla plants! The raccoons have been attacking them about once a week. The plants used to be right by the back steps on either side of the steps. The raccoons would knock them over, pull the bulbs out, lay the bulbs on the ground. And dump the dirt everywhere. Finally this week I moved the plants to the other back step. They have been left alone so far. The next step is moving them inside, but they love being outside! (The picture above was the ONE time they didn't pull all of the bulbs out) 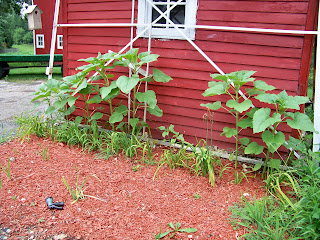 I am excited about all of the sun flowers we have growing by the pumphouse! Aren't they huge?? I hope they actually bloom soon (I planted them late). I also have some call bulbs growing off to the left. There are some other plants coming up that we didn't plant. They seem like bulbs, but we aren't sure what they are!

Besides the 130 cucumbers we have harvested from the garden so far, we have many other vegetables and fruits growing too!! 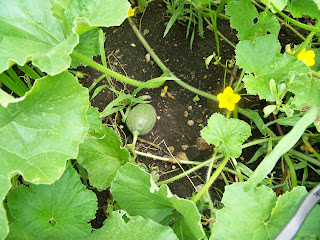 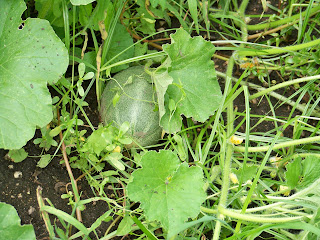 Maybe a watermelon???
We had only ONE watermelon plant grow out of the whole row. We are really hoping to get a fruit out of it! 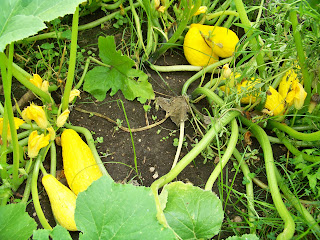 We have a bumper crop of summer squash. Does anyone have any good summer squash recipes?
After coming inside, dying a slow death for a bit and drinking a gallon of water, we went back out to tackle the pumpkin patch. Though I'd been neglecting my veggies for a couple of weeks, the pumpkins haven't been weeded since they were planted. Talk about a jungle!!! Weeding the pumpkin patch is harder than the vegetable garden because it is so big. You have to pull bunches of weeds and then walk to the edge to throw them out. At least in the vegetable garden, with a good throw you can toss the weeds from the center of the garden. Weeding. Walking. Weeding. Walking. Sweating. Weeding. Bug bites. Bug bites. Bug bites.

The good news is that the pumpkin plants are growing and are super healthy. Adam said he even found a pumpkin fruit growing. There are cucumber beetles all over the garden and Adam needs to spray. But hopefully that will take care of the issue and we will have bumper pumpkin crop! 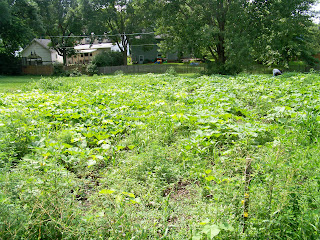 Where are the pumpkin plants??? 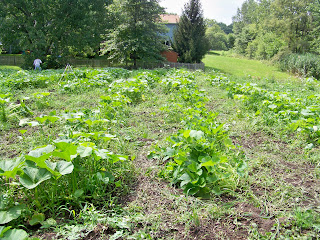 Look! We can see pumpkin plants!!
When we came in the house, I thought I was dying. It was so hot. And I was covered in bug bites. And my allergies were SO terrible. I could barely breath. It is hard to work outside in the heat and the humidity with allergies like this. THANK GOODNESS we have our air conditioning now! I came in and laid on the vent in the dining room. It felt amazing!! I was also COVERED in mosquito bites. Long sleeves. Long pants. Deep Woods Off. MILLIONS of bug bites. Whatev! 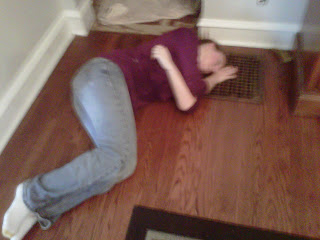 Though it was terrible, I recovered! And went back out the next day with Amy to harvest more veggies and take care of some of the veggies: staking up sugar snap peas and tying up heavy tomato plant branches. However, since the weeds were mostly gone, I could actually wear shorts and a tank top.

My parents constantly say they cannot believe their daughter is out there working in the garden like that. Because I fought tooth and nail to not weed for them when I was growing up. But when I work in the garden now, it is so fulfilling to see the end result. I LOVE harvesting my vegetables. I LOVE seeing them grow and seeing a product of my hard work. I want to grow everything! I just wish I had more time to tend to the garden. When I work on the garden, it means I am not cleaning my house. Ah well.
Posted by Stephanie at 10:42 AM