Getting Ready for Pumpkin Day

Yesterday (Sunday) We had our first annual Pumpkin Day! We have been talking about doing it for 2 years now.  We didn't do pumpkins last year because we were a little busy...getting married. And two years ago we had a ton of GREEN pumpkins. Not a year time to do a big Pumpkin Day. We were getting a little worried this year (well I was really getting worried) because so many were still green recently. I will post about Pumpkin Day in a few days, but first I wanted to post about all of the preparations for it.

What is Pumpkin Day? A day for friends and family to come over, get pumpkins, gourds, and pickles, and also have lots of fun together!

In order to get ready for Pumpkin Day, we had a lot of pumpkin preparations to do such as picking and washing. But also the hay wagon sides had to be built! And the yard cleaned up. Then, at the last minute, the weather wasn't looking good, so late Saturday night we were cleaning out a section of the barn so we could have some of it inside.

Here are the pumpkins on our hay wagon ready to be picked on Pumpkin Day! 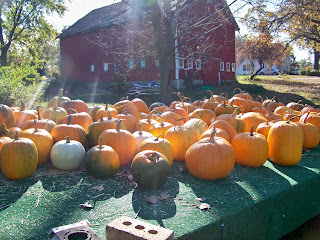 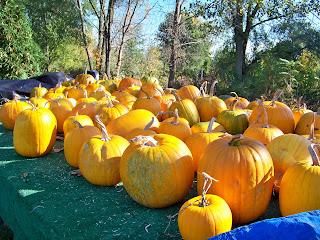 The pumpkins this year needed some more sun. The animals, however, think they are there for their consumption. We set up the hay wagon in the field with the prime sun exposure. We cover them with a tarp at night. Then in the morning one of us uncovers them so they get sun during the day! 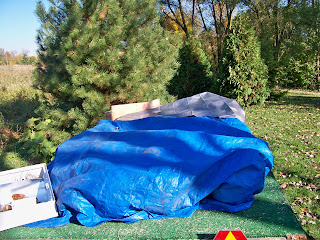 Over the last couple of weekends Adam has been working hard to take back control of some of the areas around the buildings. There are majorly overgrown areas near the barn and chicken coop. Adam went at it with a chainsaw, gloves, and a tractor. I can't wait until it is cleaned up. It will be way easier to keep it maintained once it is all cleared out. 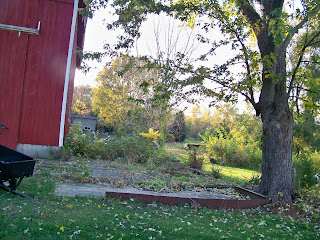 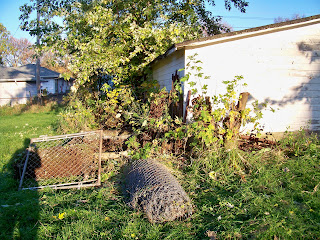 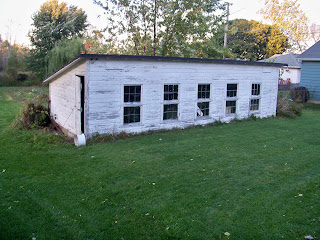 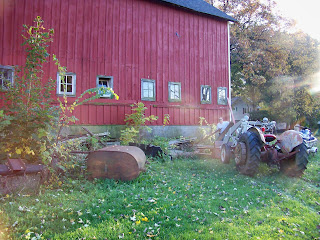 Last weekend Adam had the idea for me to sit in the bucket of the tractor to get an aerial view of the pumpkin patch. He lifted me way up high and it was scary! 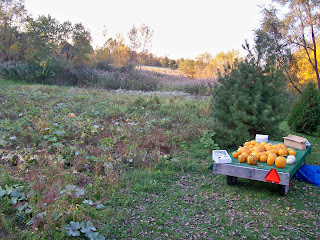 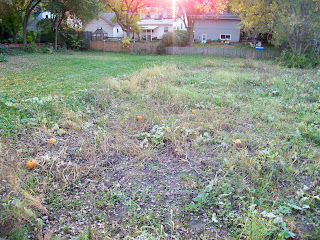 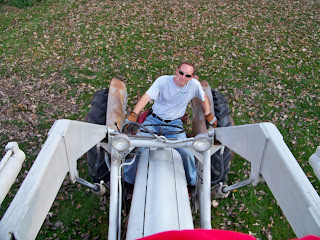 This is one of our imperfect favorite pumpkins! Amy and Adam are going to fight over it! 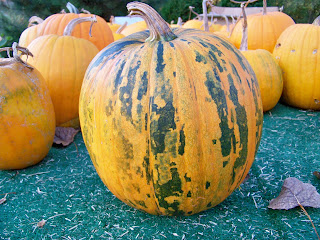 This is the huge pumpkin in our field! I want to know how much it weighs! 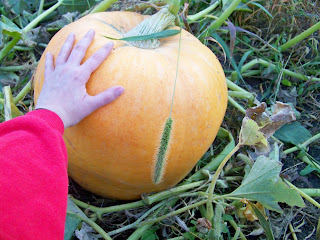 Getting the pumpkins ready! 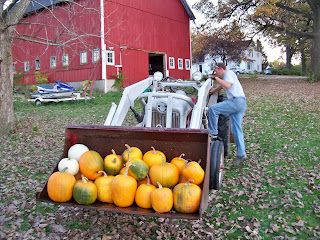 Pumpkins have to be cleaned and bleached. Well, it makes them last longer. And we want to sell pumpkins that last a long time! If they are bleached it kills any bacteria growing on the skin or stem that could cause it to mold quickly. 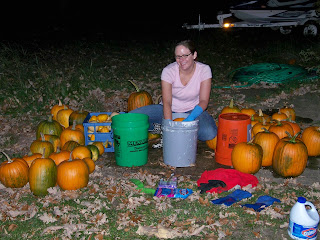 Picking pumpkins and some of the novelty variety the day before Pumpkin Day. I also picked some birdhouse gourds. Then I learned it is best to let them dry on the vine in the field. Oops. 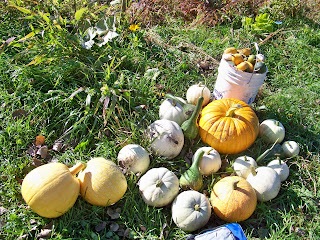 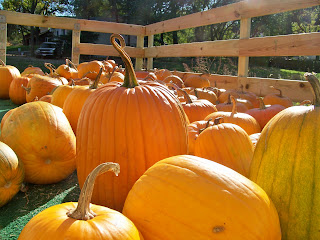 Adam and his dad built sides on the hay wagon! At first we talked about building sides to keep the pumpkins from rolling off when we move them. Then we realized that if we built higher sides we could give hay rides to the kiddos in our life. It ended up being a blast! I am so impressed with the sides they built. They look great! 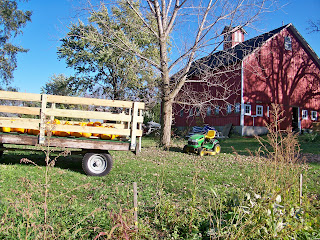 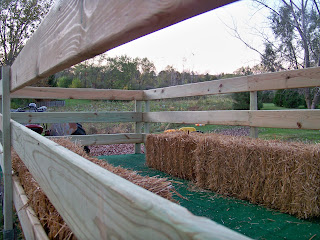 The other problem Saturday was when I bent over to put a pumpkin on the ground and my pants split down my behind and leg! Unfortunately my rear was facing the neighbor's yard. Hi neighbors! Adam was dying of laughter because he heard the sound and then I turned around and made this face. I had to walk sideways into the house to change into new pants. We are going to go with the idea that sitting in bleach last weekend weakened my pants. Not that my butt is too big. Mmmmkay? 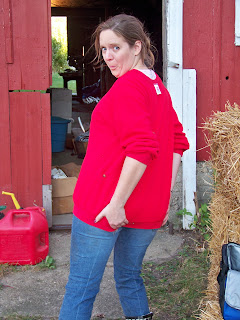 Stay turned for pictures from Pumpkin Day! Sorry this was such a photo heavy post, but I love seeing progress around the farm. And my pumpkins are my babies!