I realized that I never posted about the guitar cake I made for Chase (my nephew). This is the 4th year I have made his birthday cake. I started in 2008 because I took a cake decorating class that summer. He requested Teenage Mutant Ninja Turtles. I made two the first year because he had a friends party and a family party. In 2009 he requested TMNT again, but a different one. I don't even know which one is which. In 2010 he requested a football helmet because he played on a football team last year. Looking back, my black icing was much better in 2010 than 2011. Can't remember the difference. My brother-in-law helped ice the symbol on the helmet because I am not the greatest artist in the world. You can definitely tell which one was my first cake ever! I hope I've improved over time! 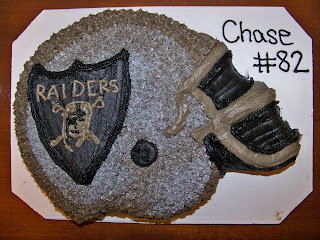 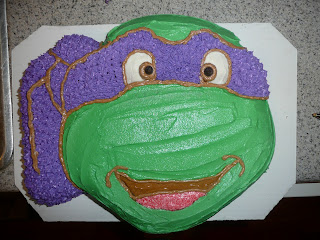 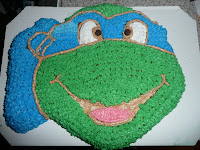 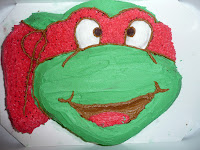 Cake decorating this year. I made a guitar cake because he loves to play the guitar and sing with his dad. I saw an idea to use the cake mold to mold chocolate for parts of the cake. It turned out great. It was the first time I did anything like that. I know now to use less chocolate. I was afraid of it breaking, so I made it too think. It made it a bit hard to frost around it when it was so high. 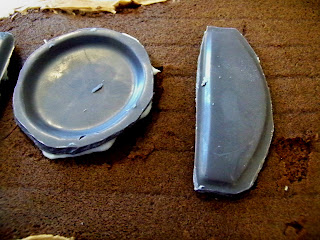 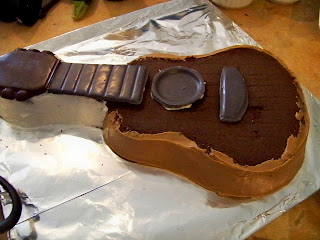 Here is a picture of my disaster of a kitchen *gasp*! And the best part? I left right after finishing the cake to run to the store and my super amazing husband cleaned it all up! 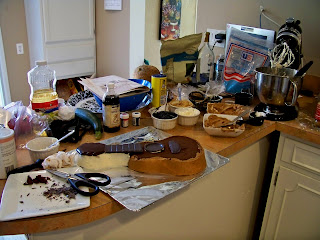 The finished cake! I am super proud of this one!! 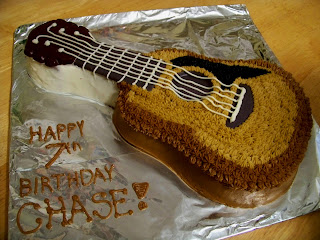 The only thing that I would do differently is figure out a way to do the strings so they don't dip down in that hole are in the middle. 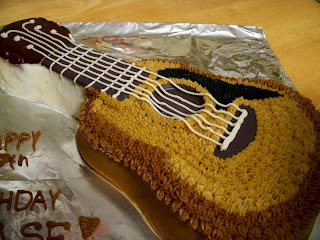 The actual birthday party was a surprise. Chase was so excited when he arrived home and everyone was there! 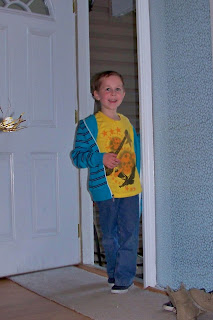 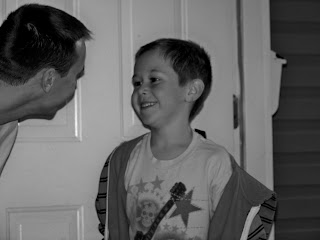 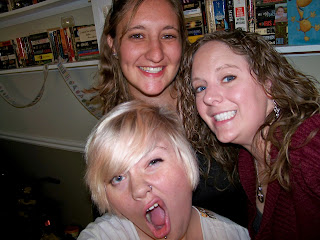 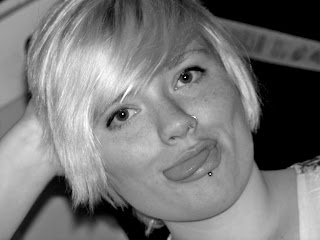 Haveing fun with Amy (Amy is an honorary family member with Adam's family now too!) and my niece. 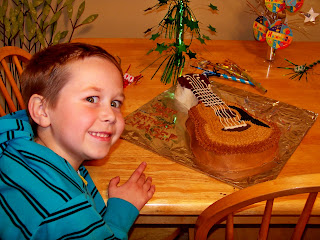 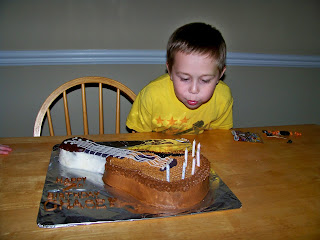 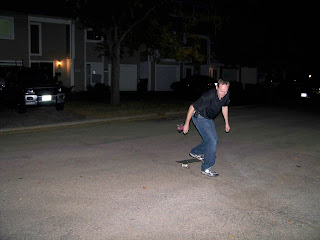 And Adam tried using Zowie's skateboard when we left. We enjoyed watching him!

I really wish I had more time to bake and learn new techniques because I really really enjoy it! Maybe I just need to make more time and start saying "no" to other things I do.