On my birthday, my Godson Grady (my friend Kristin's son) turned 1 year old! His birthday party was the weekend before (hold tight for a post about cake pops for that soon!). Several months ago on Twitter, Stef, tweeted about making alphabet blocks for her son and I had the idea in my head ever since. She told me that she used digital scrapbook paper and that worked perfectly for me! I downloaded several different free scrapbook pages and used Photoshop to resize them to 2x2 and put the letters on them.

I chose to make the words: Grady, play, love, and read. Because Grady has one more letter, I also downloaded some scrapbook clipart to use on the last block.

For the book themed bridal shower I had, I made a chipboard monogram letter and I used many of the same tips. 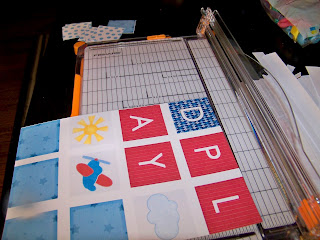 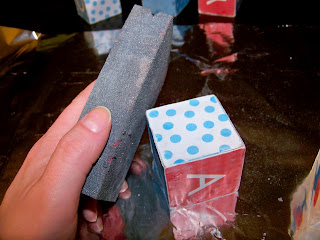 After the mod podge was dry, I dug around in the cellar for Adam's sanding block, and sanded down all of the edges. 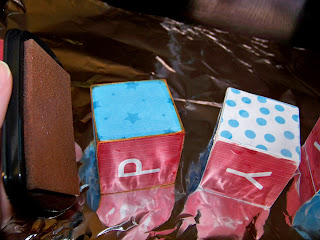 I rubbed a dye ink pad against the edges to give them a more weathered look. 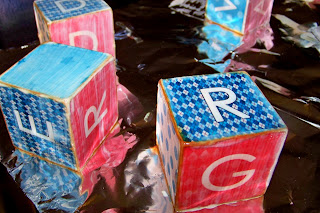 Then was the time consuming part....
I pod modged over the top of the papers. I put at least 3 coats on. It took quite a bit of time because obviously you can't do all 6 sides at once. There WAS some bleeding of the paper, but I think it just contributed to making it more vintage looking. 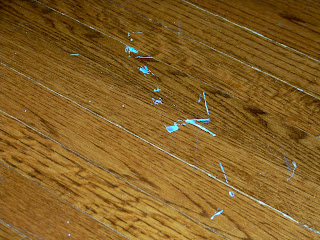 As you are trying to hold the block in your fingers by two sides, you may drop it and get mod podge all over your floor. 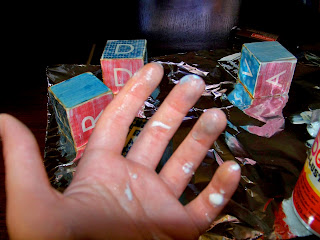 You will also get it all over your fingers and have to keep washing them so you don't get the color all over. 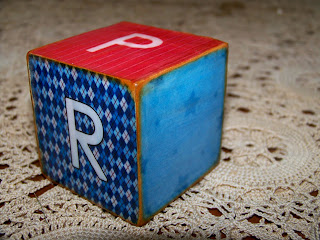 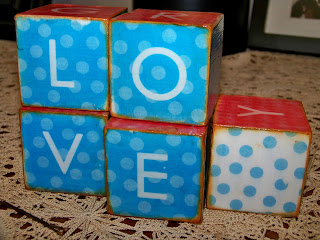 These were a fun personalized project. I hope Grady gets to enjoy them for several years.  I have been so excited about them! And of course Mod Podge is non-toxic, so if they go in his mouth, it is OK!