Another huge project for my brother-in-law's wedding (see other post about Yarn Balls) was the Cake Push Pop Project!

Originally my SIL thought she'd like to do a cake pop cake instead of a traditional cake. She'd been perusing Pinterest for a while and thought it'd be fun and original. We even made some sample recipes and cake pops one day. Then, after some more Pinterest exploring, she came up the idea of cake push pops. She saw them here and here. She shopped around online for a while to find the best deal for the containers.

On the Thursday before the wedding, we finally got the recipes finalized: chocolate cake with chocolate ganache filling and oreo buttercream frosting AND strawberry cake and lemonade filling and frosting.

She had a lot of different and creative ideas (as in the links above), but we needed to make sure to use buttercream frosting (for storage and display) and they had to be able to have the caps on them. Heidi also found this idea for display and had our father-in-law make one of them!

For the chocolate cake, we used her family's Texas Chocolate Sheet Cake recipe and this oreo buttercream recipe. (The link, however appears to be broken, but this one is similar).

For the other, we used strawberry cake mix and this lemonade buttercream recipe. If you make the lemonade frosting, DO NOT follow the amount for the koolaid. Our first batch of frosting was SUPER tart. I'd suggest adding half a packet at a time while you mix, until the taste is right. 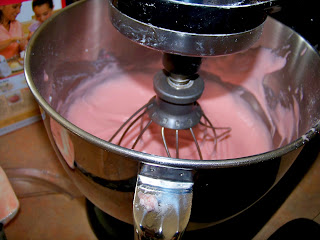 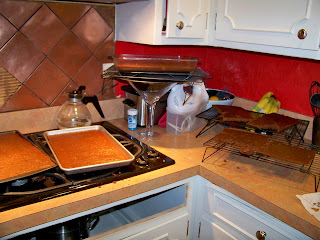 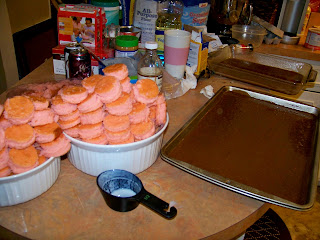 I baked 6 cakes. (Well actually 7 because I may or may not have forgotten the baking soda in one and it was totally ruined.) I baked each cake in long shallow dishes. I used a variety of jelly roll pans, baking sheets with sides, and large pyrex. 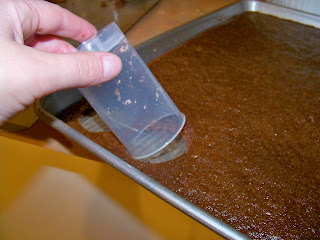 That night our SIL Amanda came over while I finished baking cakes, and she started punching out holes in the finished cakes.

We took an empty push pop container and just punched out circles of cake right next to each other. Amanda used the "squeeze" technique to get the circle out. I used a "push up on one side and then pull the circle out" technique. 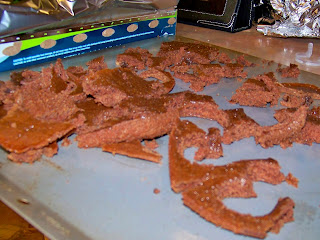 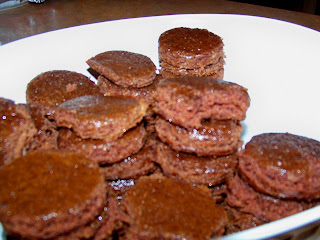 Piles of cakes. Each cake made about 20-25 circles. 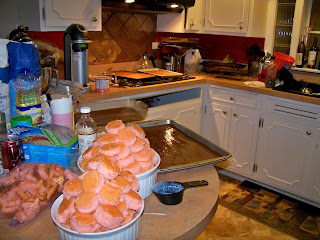 Cake all over my kitchen!

On Friday, the bride, Heidi, came over to work on assembling the push pops. 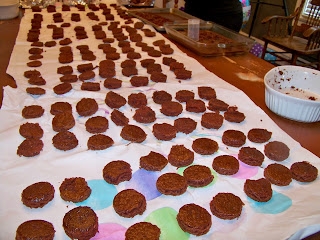 With the first batch, we laid them out all over the table so that we could count exactly how many we had. 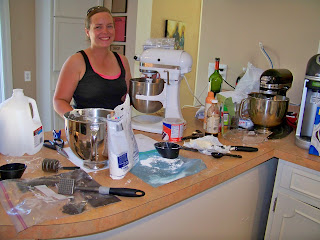 The bride in the kitchen! We used two kitchenaids to get all the frostings made. 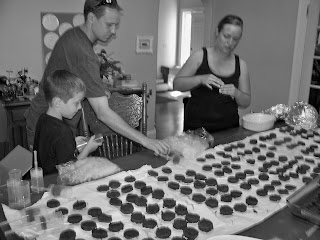 My BIL (the groom) and nephew even helped assemble them! 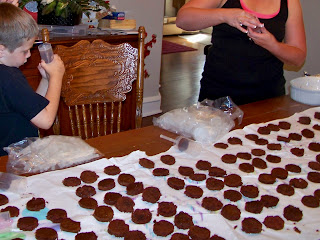 We leaned a few things:
-Make sure the frosting isn't too runny, or it will not hold shape if you lay them on their side.
-You should have a way to let them sit upright for a little while even if the frosting is thick enough, or it can fall off onto the side of the container.
-Make WAY more frosting than you think. I thought 2 batches of frosting of each type for 3 cakes would be enough since they were just little dollops and not icing an entire cake. But no. We had to make more. Probably at lest 4 batches of frosting for 3 cakes were used. 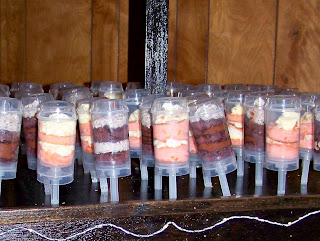 The final project at the wedding!