On the way home from church today, the song Anything Like Me by Brad Paisley came on. I have heard it before, but didn't really listen to all the words. Well I must have some raging pregnancy hormones today because it had me in major tears. For the most part this pregnancy my emotions have been pretty steady!!!


Of course I had to come home and download it right away. I have probably listened to it 15 times on repeat already! The last verse gets me every time!

It has just gotten me thinking so much. There's definitely things I look back on in my life that I would NOT want my own child to do. I know you can't control them and every child/teenager has to make their own mistakes, but it is still scary to think about! I think I turned out pretty good (don't tell me if you disagree!). All you can do is know that you have done your best raising them and to trust them and God to take care of the rest.

Adam and I talked about the things in our life we wouldn't want Little Man to do. (And definitely had some laughs while doing so!)  But if this little guy turns out anything like his dad, I will be one lucky mama. Even if teenager Adam would have sent me running for the hills, he is an amazing man and he is already the most loving and caring father a baby could ever want. I could do without the difficulty with authority and trouble in school when he grows up though! And if he ever goes in the pump house or climbs the tower, I'm pretty sure I'll die right there from a heart attack*.  On the same token, if we ever have a girl and she treats me the way I treated my mom, I might not make it through the teenage years without going into a mental institution....or to prison.

This song just hits such a cord. And that last verse? I totally think about the time this little guy will go away to college and he hasn't even come home for the first time yet!

Time to go listen again and get in another cry...! 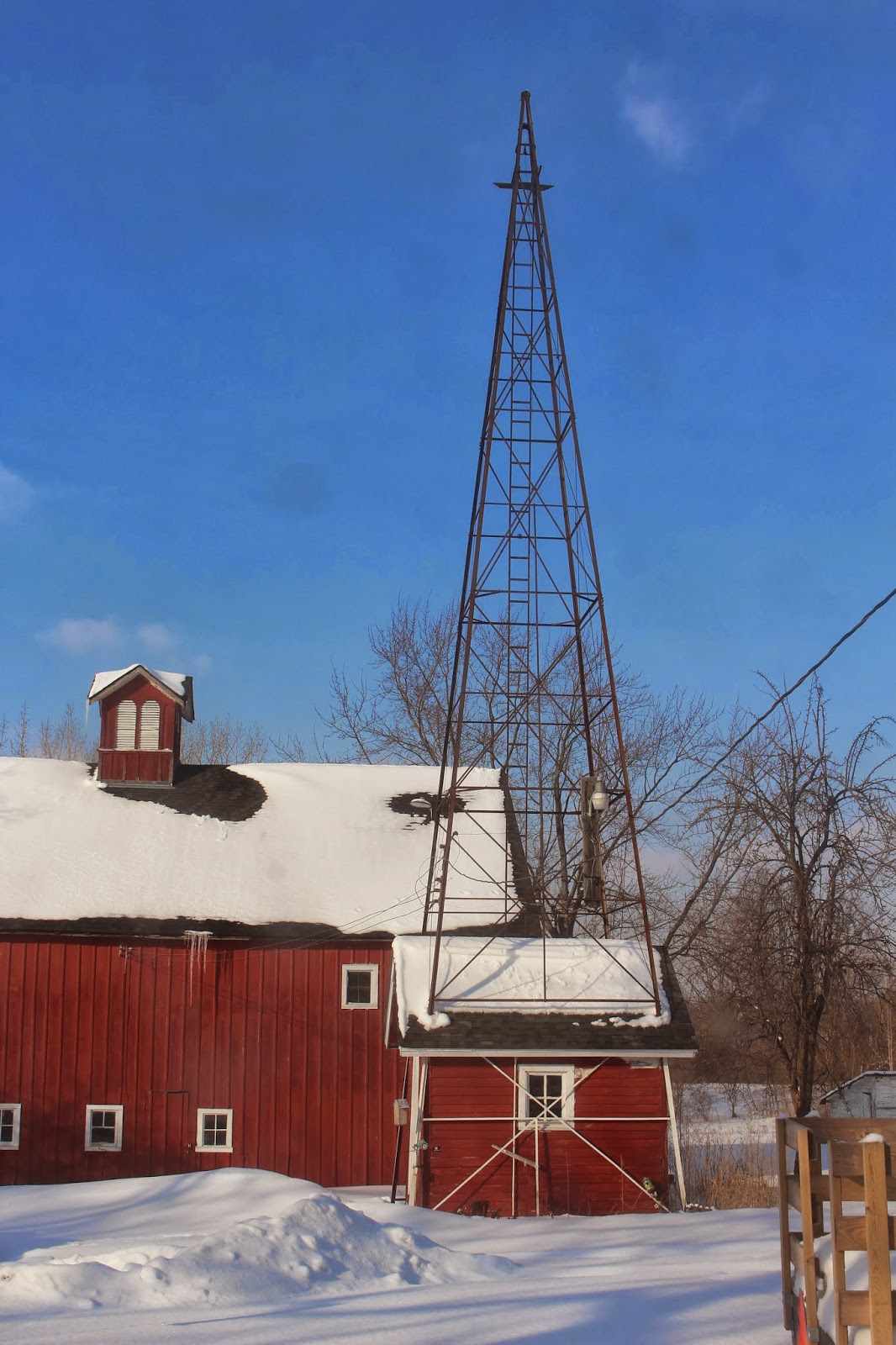 (It has an old well inside and a rickity tower on top!)